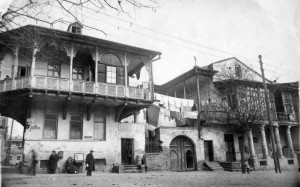 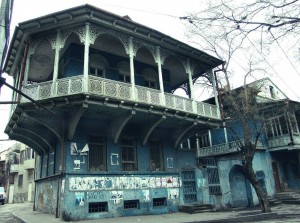 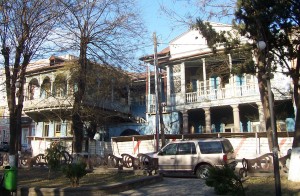 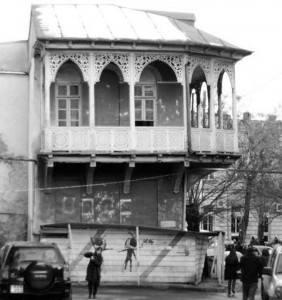 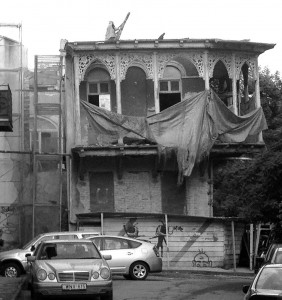 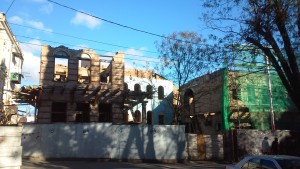 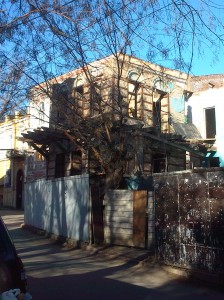 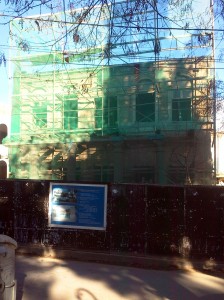 This is a true masterpiece of Tbilisi architecture as it unites the elements of Georgian, Oriental and Classicist architecture. The older right part of the house was built in 1830, while the left part was constructed in 1850s. In the 19th century the building belonged to the imperial military department. The Headquarters were based on the ground floor and the first floor was used as a hotel for officers. M.Lermontov, the Russian poet and guards officer, used to stay at the hotel. Later a street near Gudiashvili Square was named after him. In the Soviet period the building was used as an editorial office of the newspaper Literary Georgia. Currently, in 2014 the reconstruction process started by the former investor has stopped. Therefore, already deteriorated authentic parts of the building, as well as the rest of it, are even more damaged.  All the architectural elements, typical of the houses in Old Tbilisi are gathered in this single building. The right part has classicist stone columns and mashrabye covered with stained glass. The central part of the building has a fence with a gate and a hidden courtyard with elegant wooden columns, balconies and staircase. The left side has facades surrounded by a gorgeous wooden balcony and there are vaulted basements even older then the building itself. This building is a listed monument. With its architecture and urban environment it is undoubtedly one of the most prominent buildings of Old Tbilisi. Thus it is essential to preserve and keep it for the future generation.