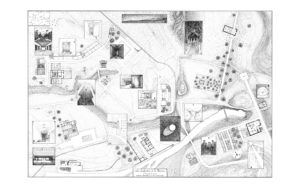 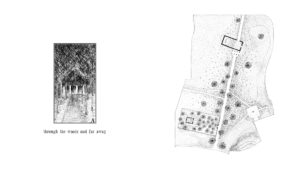 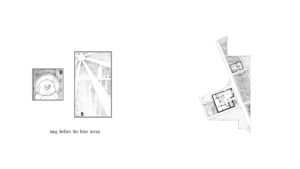 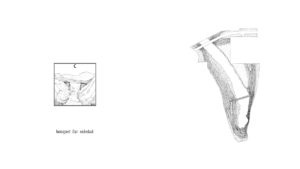 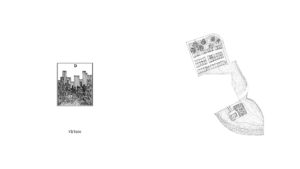 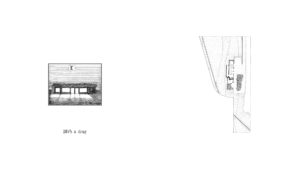 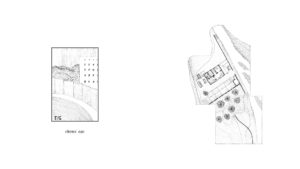 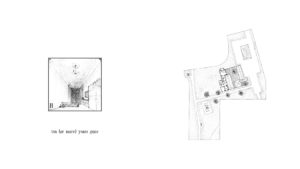 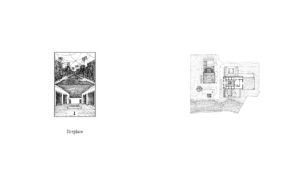 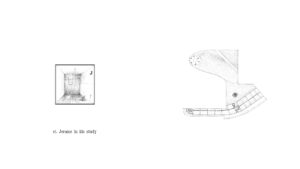 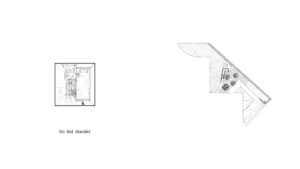 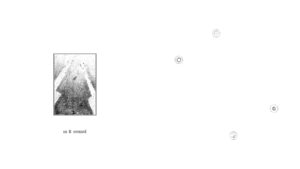 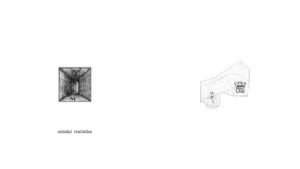 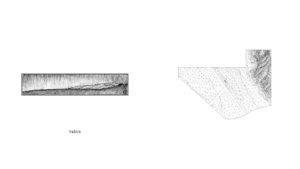 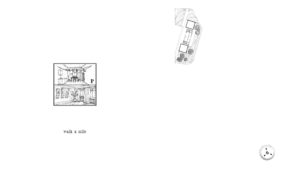 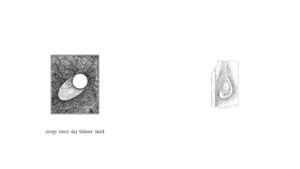 Once the bridge is drawn over the river, the traffic of people and matter is born.
Recently, we also call the connections among different networks bridging.

In short, to bridge means to connect two things that previously had no connection. Bridging is a concept that acts as a passage, crossing over the gaps and breaks, giving new characteristics to each entity.

“…This year, as in the past, the strongest project turned out to be from abroad. The winning project is the mysterious plan by Shukurov and Mikadze. The detailed drawing is explained only by the text of the header, and the diagram in the upper left corner. Perhaps it is the reconstruction of landscapes, buildings that once met or is this modern interpretation of Hadrian’s Villa? I agree that the title of the work explains the relationship with memory, so the scale of the images grows and shrinks quite freely. Moreover, I realized that this work is a collaboration of two architects. This time, among all participants of the competition, this work is the most polysemantic, where two companions are building a bridge from the past to the present, from a diverse area to the corresponding architecture.

Despite the fact that I would like the authors to explain this architectural space a little more, there was a feeling that the lack of information makes another person turn to the imagination, thereby creating a bridge from the author to the viewer. Honestly, I still want to know what kind of place it is.”

“…I could not understand this project until the last moment. An attractive drawing, an intriguing image of a collage city, and what does it bridge? Or maybe it suggests to rely on the imagination of the viewer? Or maybe the creator’s intention and the viewer’s consciousness is connected through the drawing?”

“…And in such a situation we were fascinated by the project of Oyat Shukurov and Mikheil Mikadze with their fantastic images, like a sort of bridge to the architecture that is stored in our memory.

In addition, the visual quality of this project is somewhat reminiscent of the artworks that we saw in the competitions held in the 1970s and 1980s in Japan – the ideas competitions, and reminds us of the time when we started to deal with architecture and tried to challenge it in the competitions of ideas.

I do not know how correctly we caught the idea of the participants, but this project fascinated us, and it was given the first place.”

“…The settlement, which was imprinted in the memory of the authors, was composed of only fragments of structures and space. In other words, “Recollection of the settlement”, which manifested itself in the mystical figure. Fragments of images of different scales are superimposed on each other. Do not these “memories” come to mind sometimes to anyone who deals with architecture? It was thought that way. While most projects reflected precisely the “physical connection” of objects, this plan seemed like a fresh architectural idea.

Our commission has been working at Nisshin Kogyo for 5 years. During this time, the number of applications from other countries is rapidly increasing. This year, as in the past, the first place was taken by a foreign project. I feel that this is a turning point. After the Second World War Japanese architects trying to restore identity mainly studied from Western and European masters, that generation created what is called modern Japanese architecture. And now Japan holds a leading position in this field. I often hear that young architects and students around the world are interested in modern Japanese architecture and are influenced and inspired by it. The situation has changed, and now we are an example.

Nevertheless, when I look at young Japanese architects I do not have the feeling that a critical moment is taking place. This contest has given me the understanding that post-war Japan is a completely different thing, now the era begins when our efforts are simultaneously inspirational with the rest of the world.”