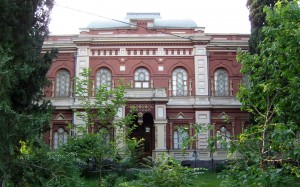 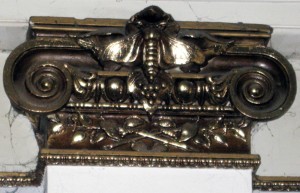 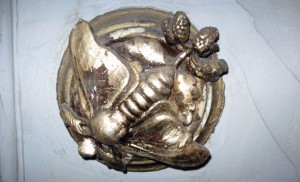 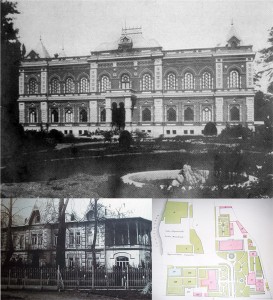 Museum building, the residence house for staff, the master-plan of the Caucasian Silk Station (1887)

There are several Silk Museums in Asia as well in Europe. Usually they occupy old silk mills,  old industrial or modern buildings. State Silk Museum of Tbilisi is the only one, that since it’s founding in 19th century is still resides in the building that had been built especially for the museum purpose.

” Of the large-scale buildings erected in Tbilisi in the latter half of the 19th century, the complex of the Caucasian Silk Station was certainly one of the most important.

The Caucasian Silk Station was founded in 1887 under the leadership of the renowned naturalist, Nikolay Shavrov. It was with his direct engagement that the complex was built during 1890-1892 at the end of Mikhail Street, what is now Davit Aghmashenebeli Avenue, within the Mushtaid Gardens.

Once uniting a cocoon house, silk spinning and reeling mills, a silkworm nursery and other structures, the complex has fallen into a critical state of disrepair.

The main building, which clearly dominates the complex, survives in an authentic shape. It is one of the finest works of Tbilisi architecture of the late 19th century and is listed as a monument of national significance.

The main building of the Caucasian Silk Station, as well as the entire complex, was designed by the architect of Polish origin, Alexander Szymkiewicz, who then worked in Tbilisi.

Szymkiewicz is responsible for numerous public and residential buildings erected in Tbilisi in the second half of the 19th century. Being of high architectural interest, his buildings display a fascinating mix of styles. Highlights include a Court Chamber and a District Court, a Music School (what is now the Sarajishvili State Conservatoire), the Artists’ Society (what is now the Rustaveli Theatre, together with the architect K. Tatishchev), and Andreoletti’s house.

Standing on a tall stone base, the building is distinguished by plain red brick façades, a large portico attached to the middle projection and a mansard roof covering the central part.

Stylistically, the building represents a fusion of traditions, with its façade and elevations displaying features typical of the so-called Russian style, Classicism, and Gothic and Islamic arts.

Of particular note is the interior adornment which, apart from architectural decoration, includes designed elements, such as a frieze, a cornice, a pilaster and a capital, all of which display silk related features including a mulberry leave, a silkworm, a silkworm cocoon and a pupa.

Remarkable is the furniture made to the designs of Alexander Szymkiewicz, which survives in an authentic shape in the exhibition hall and in the library of the museum.

The building is of high artistic and architectural value and has a distinguished urban importance. ”

The State Silk Museum with it’s original architecture, interiors and furniture as well as it’s unique collection is a significant cultural monument that must be saved and protected as “Gesamtkunstwerk”.

Great pictures! i am impressed!!